Here’s a useful little discovery. I’ve just drawn a cartoon about Trump winning the US Election. It was in pencil on tracing paper. Pencil is often said to be hard to scan, but this, after some thresholding and tidying up in the free image-editing program Gimp, worked very well as an image to display on the web.

I’d roughed out the design in pencil on scrap paper. I then put tracing paper over the top and traced onto that, cleaning up some of the lines as I did so. I could have used a lightbox, but I wasn’t at home, and tracing paper is easier to carry. It’s also easier to work on, because it lies flush with the desk. However, many of my pens tend to smear on it, which meant I’d either have to recopy onto another surface or try to scan the pencil drawing. I decided to try the latter. So this is what I started with: 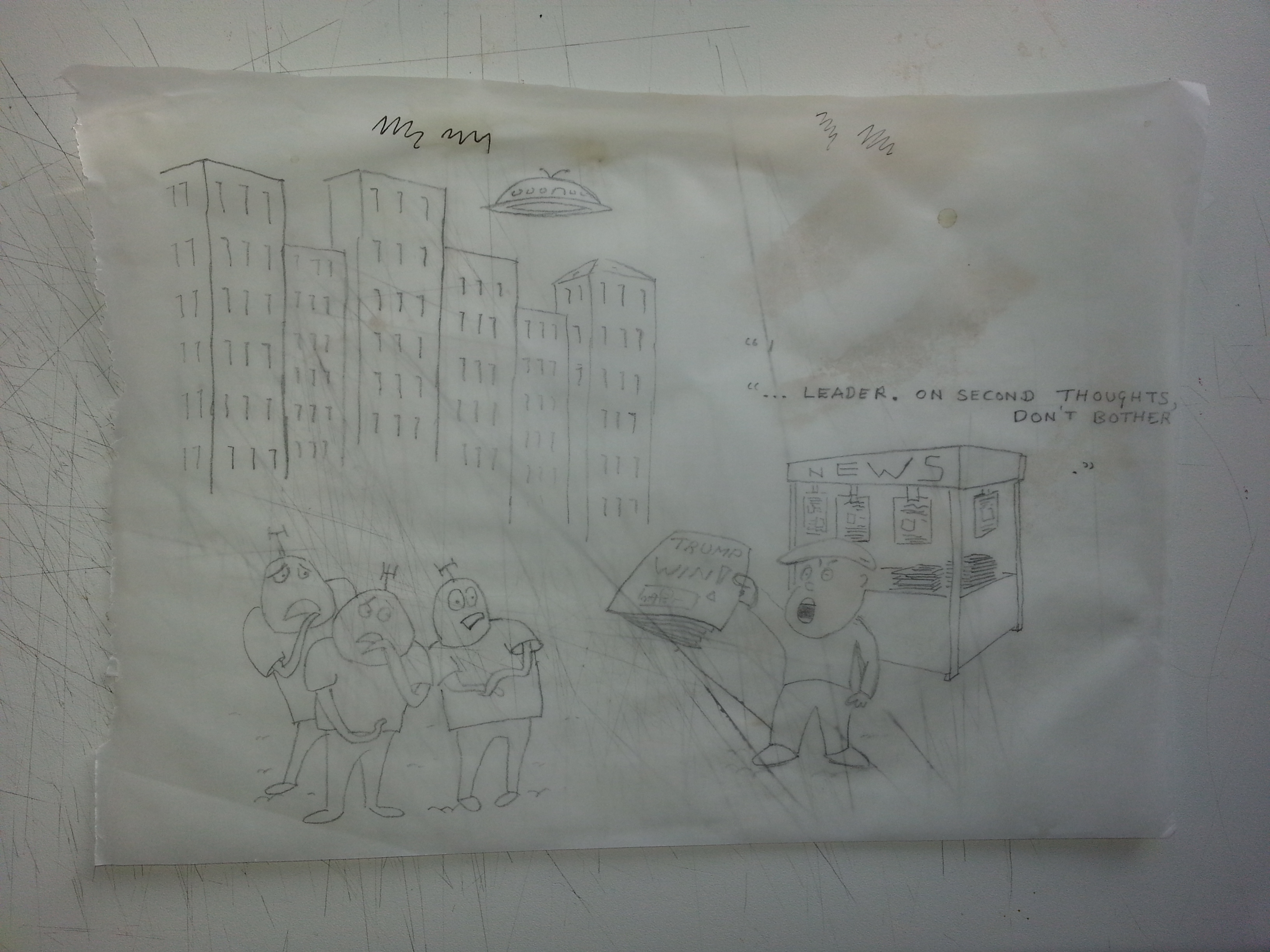 I then scanned that at 600 DPI greyscale, giving me this: 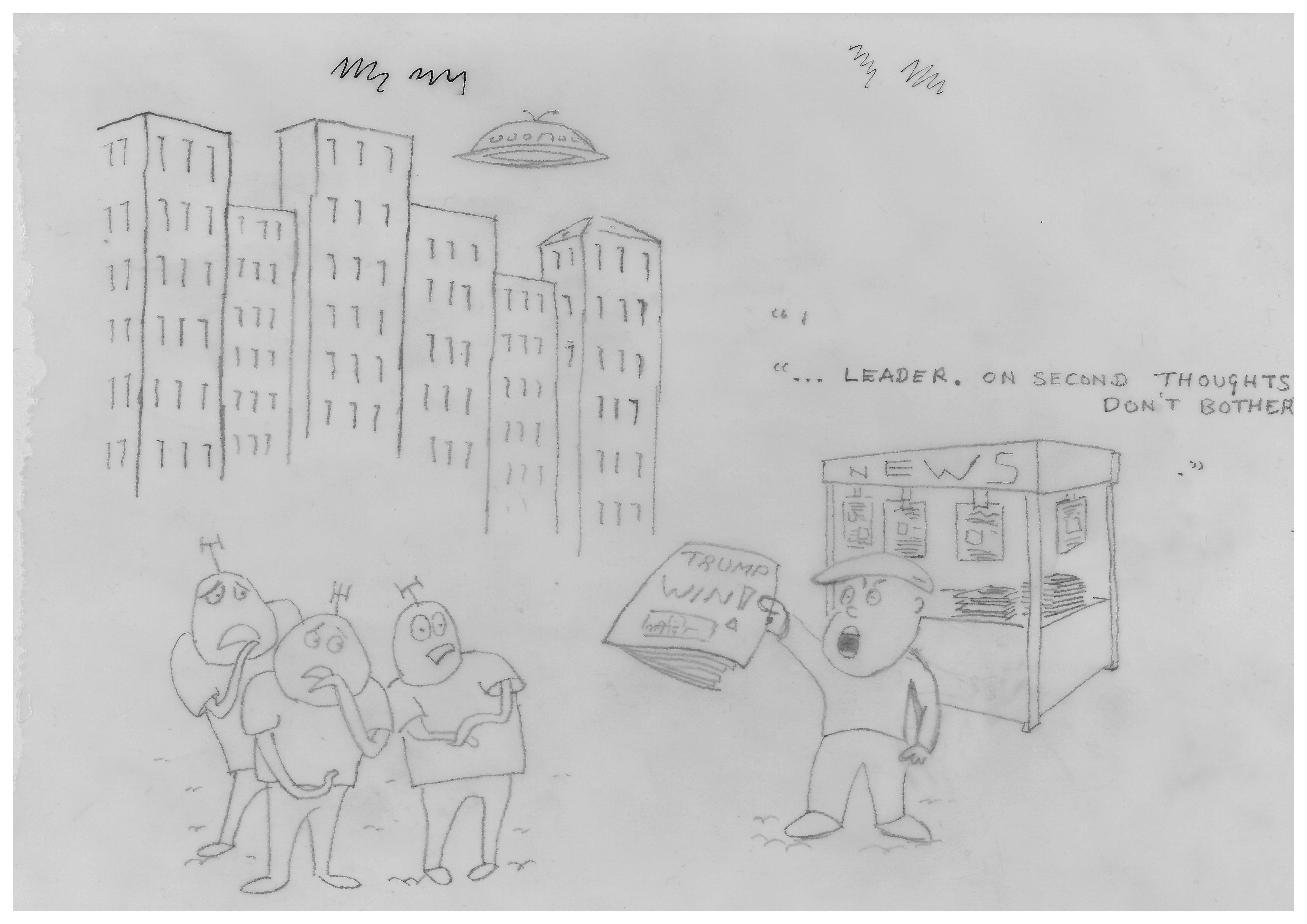 The next stage was to threshold it. This reduces the image to black and white. The Gimp thresholding tool displays a histogram showing the distribution of intensities. By moving the slider triangles just under the histogram, or by changing the numeric fields, one can change which greys map to black and which map to white. I show this with the three examples below. I know from experiment that the middle one has the best threshold: the others are shown for comparison.

Here, all pixels with intensities from 152 to 255 become white, while those below 152 become black. 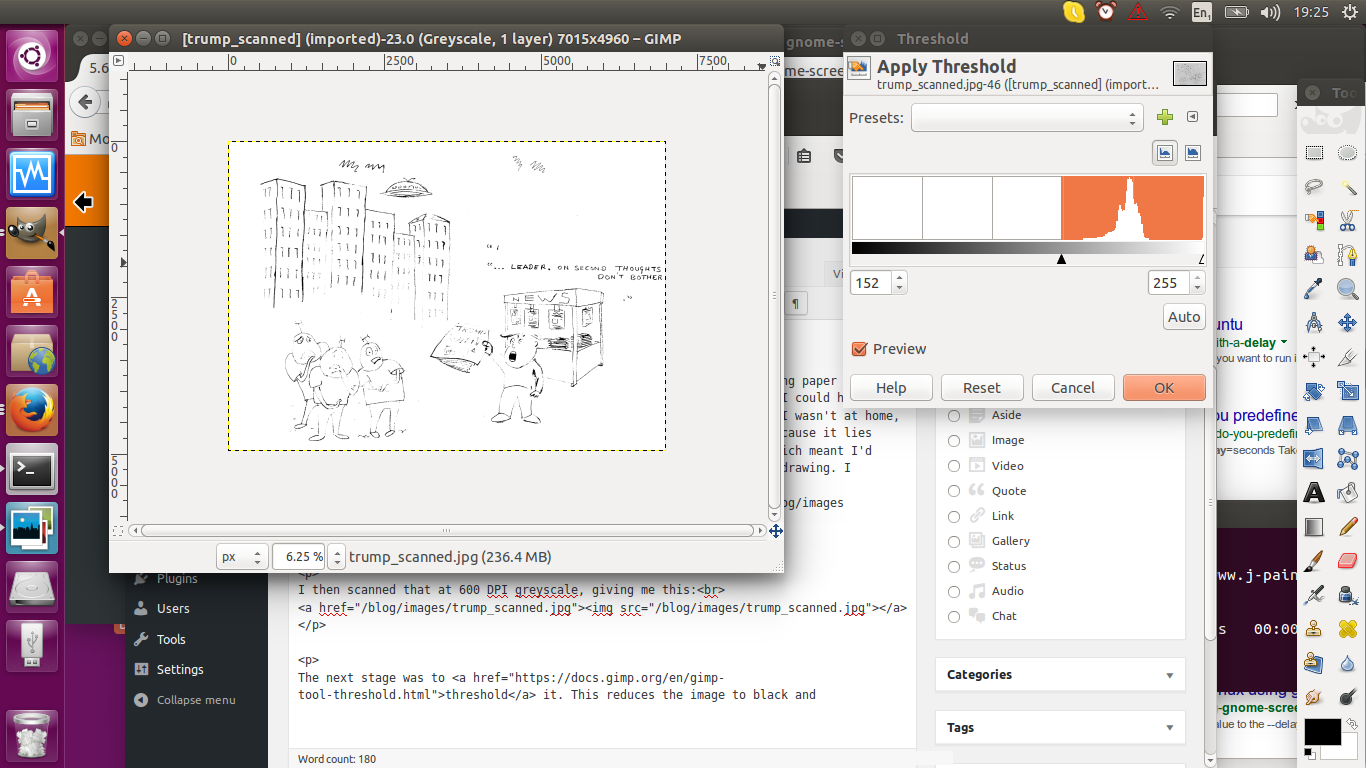 Here, the threshold is 172, so all pixels with intensities from 172 to 255 become white, while those below 172 become black. So some lighter greys become black than above, meaning that lines are thicker and less broken. The aliens, for example, now have complete outlines.

And here, the threshold is 192, so all pixels with intensities from 192 to 255 become white, while those below 192 become black. So even lighter greys have become black, and the lines are thicker still. In fact, some of them are no longer lines: too much of the background has been incorporated. 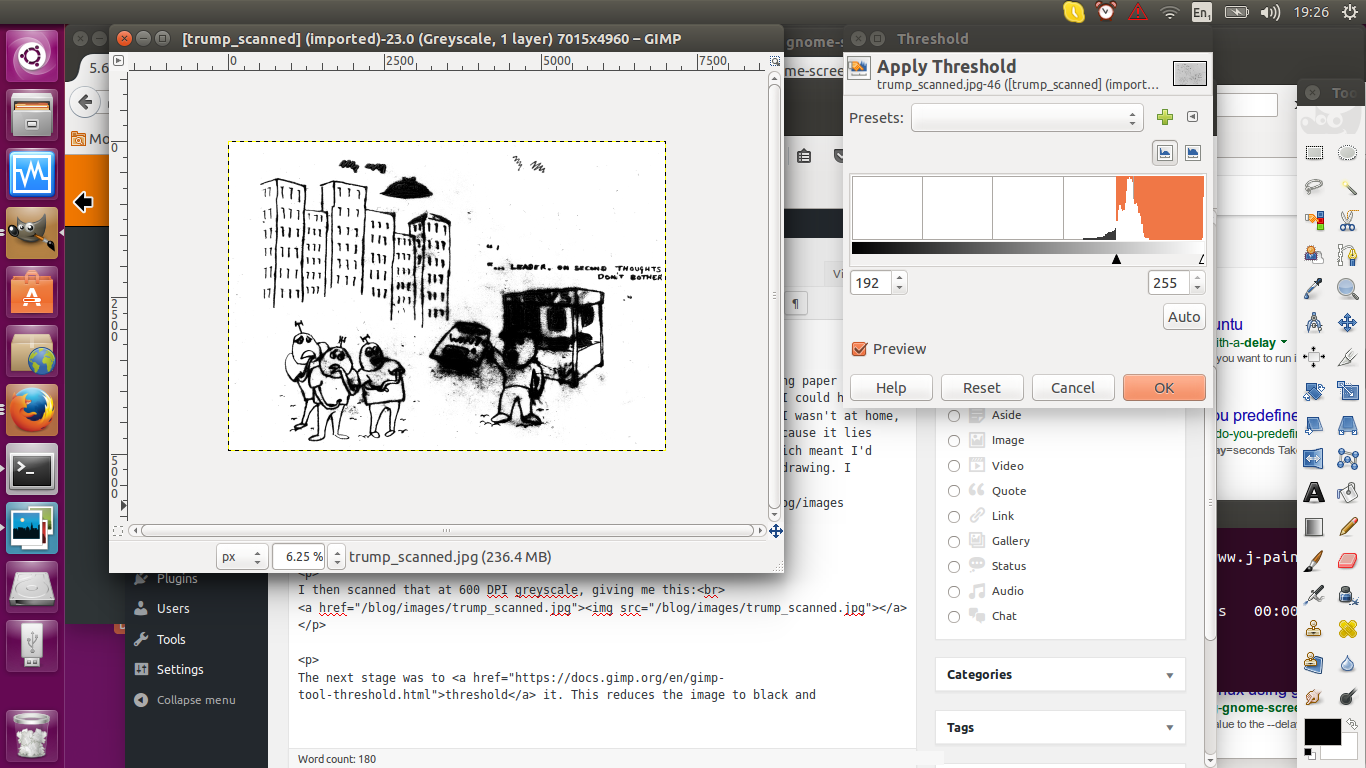 So I thresholded the image at 172. Some lines needed a bit of editing: thus the newsvendor’s left arm needed its outline paring down. A few other changes, including a new caption and my signature, and this is the result. I think it worked well. 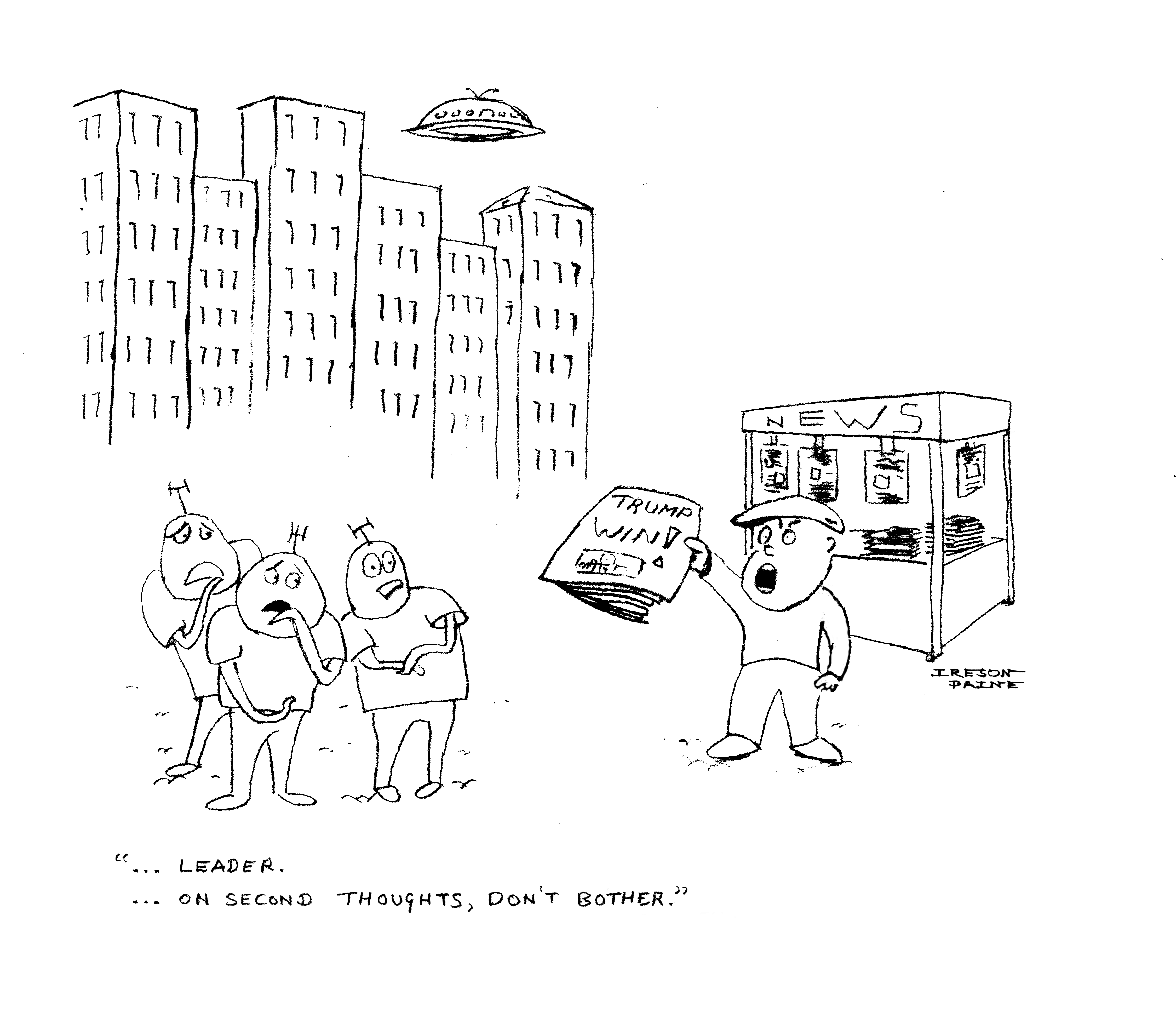