This post is a plug for the company who host my website, Mythic Beasts. My site has been around for a long time, and has accumulated not only research papers, lecture notes, essays, and free programs, but even a recipe book and a tribute to the Excelsior café. It also has an assortment of interactive demonstrations.

Some of these date from when I used to teach Artificial Intelligence at Oxford. There’s a game called Traveller, which follows the fortunes of a robot lorry-driver around a road network full of shops. The driver has to earn money for petrol by buying and selling goods, but must beware because some goods go off, some break if driven too fast, some are bulky and make no profit to speak of, and some are so high value that it’s very difficult to afford them. In addition, the driver must be careful not to get trapped in loops, or in desert areas devoid of shops or garages. 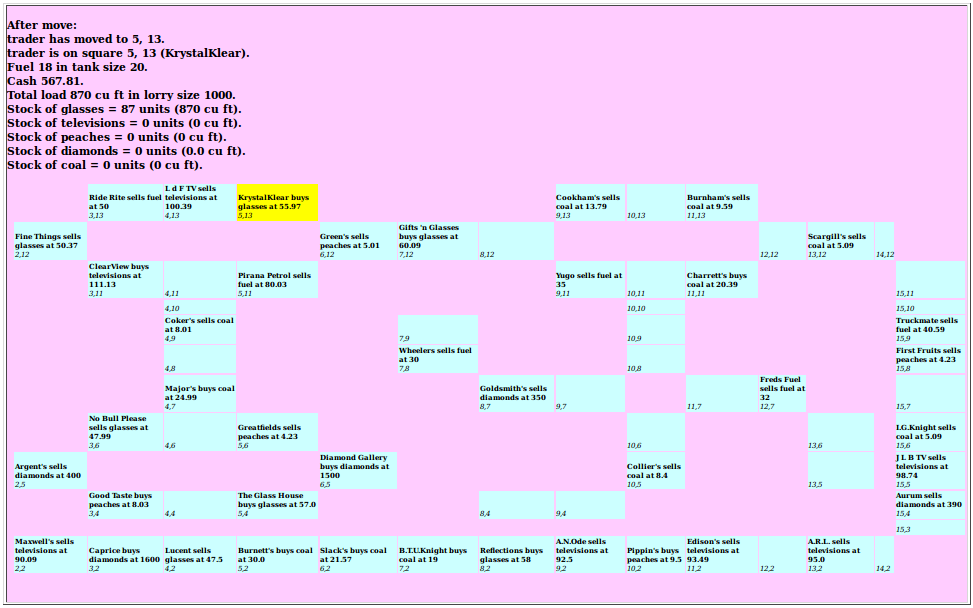 Another, simpler, demonstration is a small science-fiction plot generator.

That particular line reflects a famous story by Damon Knight, “To Serve Man”.

For these to work, my site needs to be able to run so-called “scripting languages” such as PHP and Python. Those do the work of receiving and decoding input when forms are submitted; and, at the other end, assembling output into web pages and sending it back to the browser. In the middle, there’s probably a program written in the programming language I taught in my courses, namely Prolog.

My site also runs WordPress, because this blog is written in it. That needs PHP, and it also needs a database called MySQL. That’s where WordPress stores things like the text and titles of pages and blog posts. So, it’s very useful that I can do all these at Mythic Beasts. And that’s why in 2012 I wrote the following review at OCHostReview.co.uk:

I’m very pleased with Mythic Beasts. They’ve been hosting my site since 2003 or so. I’ve got lots of static pages, as well as PHP and Python scripts (some of which run Prolog and other languages), MySQL, WordPress, and probably a few other things. One of my more complicated scripts demonstrates a branch of maths called category theory. This runs SWI-Prolog from PHP, in order to read mathematical structures typed into a form by the user, calculate with them, and display the results as text and as graphs, the latter generated by running a program called GraphViz. Another script, in Python, generates spreadsheets from textual specifications, and feeds the results into Google’s online spreadsheet. These run on my server without any problem. When I’ve needed help, Mythic Beasts have given it quickly.

Over the past few months, I’ve hosted sites for a number of new users at Mythic Beasts. They include an artist, a yoga teacher, a pain researcher running an evidence-based medicine site, an exchange business, and a builder. I think they’re all satisfied too. Here are links to some relevant pages: hosting, domain transfers, PHP, MySQL, installing WordPress, WordPress managed for you.