Literature has the concept of the “innocent eye”: that visitor to regions strange who, vision unclouded by familiarity, is able to see and report on how absurd things really are over there. There are also “Martian poets”, who send home postcards about the oddities of their own environment as if visiting it from Mars. As it happens, I’ve tried my hand at both. “Enterro Da Gata’ 98” is an innocent-eye piece about Braga in Portugal, written when I was visiting the University of Minho. And “The Processes That Count” is a Martian-poet — or more accurately, a universe-next-door-poet — view of addition. With R, I find myself tempted into both positions.

On the one hand, I’ve done a lot of R programming over the last few years. Some of R’s quirks now seem distressingly natural, and I have to work hard to see them from outside — from Mars. On the other hand, I’m not a statistician, I’ve not explored the whole of the language and its libraries, and I’m nowhere near as expert as, say, the implementors of the Tidyverse. So I’m still a relative innocent, capable of viewing R’s peculiarities from Planet Pascal, Planet Lisp, or any of the other twenty-or-so languages I know.

I think it’s good to retain an innocent’s point of view, especially when teaching. And writing code for my colleague is a kind of teaching, because I have to explain stuff in my comments. Especially the stuff that will trip up the unwary programmer. Luckily, a lot of this stuff explained in Patrick Burns’s book The R Inferno. I recommend it. 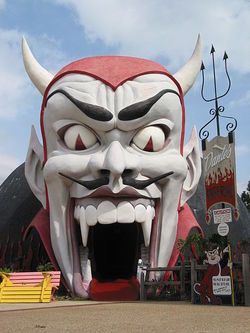